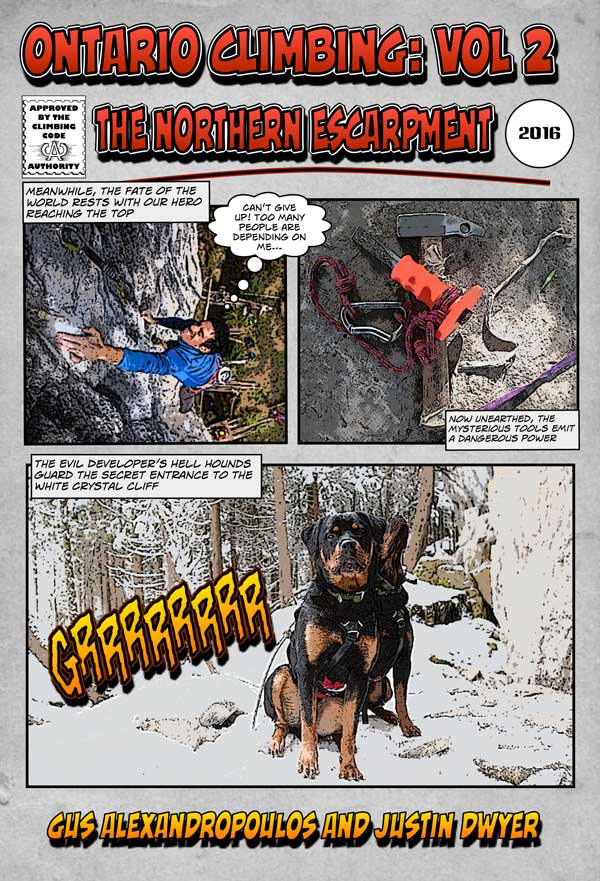 Volume 2 - The Northern Escarpment makes extensive use of colour photographs and topos of the cliff to show routes from the climber’s perspective. This feature is particularly helpful due to the dense nature of routes on these almost climb-anywhere walls.